Promethium is a lanthanide metal. It has a lustrous metallic appearance. It is radioactive and can emit X-rays. It is used in the production of luminous paints, atomic batteries, and calibrations of measurements of thickness.

Promethium’s Place in the Periodic Table

Promethium is a lanthanide metal in period 6. Lanthanides have atomic numbers of 57 to 71, and are found in period 6 and 7. They are named after the element lanthanum – the firth in this series of elements.  They all have a similar atomic radius and high electrical resistance. They are also paramagnetic, which means that they are weakly attracted to magnets, but do not retain any magnetic properties when removed from the magnet. Promethium exists together with uranium ores in nature. 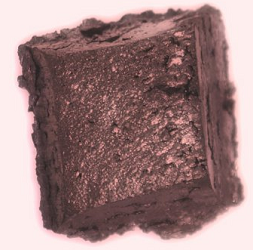 Promethium has the second largest atomic radius of the lanthanides. As a general trend, an increase atomic number of lanthanides correlates with a decrease in the atomic radius. This property is known as the lanthanide contraction. This occurs because the attraction between the positive charge of protons and negative charge of electrons increases. However, promethium is an exception to this trend. Its atomic radius is larger than neodymium, praseodymium, and cerium. It conducts electricity about as well as carbon graphite, which is about 100–times less than copper.  Promethium conducts heat about 50-times less than copper. Its only stable oxidations state is +3 as nitrates, oxides, and halides.  In nature it exists in mineral deposits with uranium, lead, and helium. It has no known biological role and is harmful due to the emission of X-ray radiation.

Promethium is solid at room temperature and has a density similar to zinc and iron. It melts at 1042°C, which is close to the temperature of lava and the melting points of silver and brass. It has a boiling point close to that of lead at 3000°C. 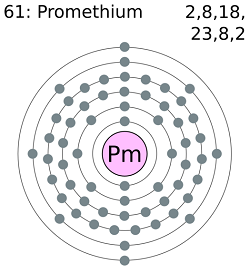 Promethium has two valence electrons and 5 electrons in its 4f orbital. It is most stable in chemical compounds when it donates three electrons, leaving the 4f orbital with 4 electrons. Even numbers of electrons are always more stable than odd numbers because all of the electrons have an electron pair with an opposite spin.

Promethium is not used to form metal alloys.

Compounds of promethium are usually red or pink in color. PmCl3 can be produced when promethium is dissolved in hydrochloric acid. This compound is used to produce luminous paint that contains a phosphor. Phosphors absorb energy from radiation and emit light. By combining the phosphor with promethium, it is possible to produce light-emitting paint that is stable for a few years. Pm(OH)3 can be produced by adding ammonia to an acidic solution of promethium. Pm(NO3)3 is produced when promethium is dissolved in nitric acid. These compounds can be used for the applications mentioned in Uses of Prometium. PmF3 + 3 Li → Pm + 3 LiF was the reaction used to produce pure promethium under a vacuum.

Occurrence and Abundance of Promethium

Promethium is very rare and can be found naturally in the mineral uraninite. There are only about 500 grams (about 1 pound) of natural promethium on Earth at any given time. It is produced from the radioactive decay of europium-151 and uranium. It is so rare that there is no accurate calculation for its abundance in the universe. It can be produced in laboratories by bombarding uranium-235 and neodymium-147 with neutrons. Russia is the only country that produces promethium on a large scale.

Promethium has no large-scale uses because of its short half-life and rarity. 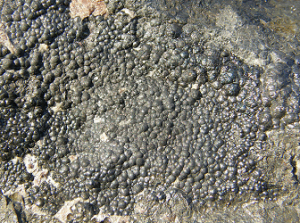 Promethium was discovered and characterized in 1945 by Jacob A. Marinsky, Lawrence E. Glendenin and Charles D. Coryell. They were able to purify promethium from the decay of uranium fuel. The name is derived from the name Prometheus. In Greek mythology, Prometheus is a Titan who stole fire from Mt. Olympus and gave it to humans.

Promethium in the Future

Scientists continue to study promethium as a source of radiation that can be used to create atomic batteries that can power devices in space and medical implants, such as pacemakers. Pacemakers emit electric shocks that maintain a constant heart rate.